With Australia on the verge of a home Ashes loss in 2010-11, former Test cricketers Ian Healy and Simon O’Donnell began the call for the inclusion of New South Wales quick bowler Mark Cameron. Ultimately, though, it was a returning Mitchell Johnson who got the national call-up, and he delivered with match-winning figures of 9-86.

Injuries meant Cameron was never again considered for a Test call-up, even with an Australia A tour of India to his name. He tried to rejuvenate his career by signing for Western Australia in 2011, but unfortunately injury meant he never registered a First Class or one-day cap for the Warriors.

Cameron is today Cricket NSW’s Coaching and Talent Manager for country areas, and was recently in the regional city of Dubbo, overseeing the Under 13s and 14s State Challenge – a competition designed to unearth some of Australia’s youngest talents and future stars.

While Cameron was in Dubbo, Mind the Windows’ Lachlan Harper (who forgot how to count to six) caught up with him for a Six Ball Over.

Q1 – In your role as Cricket NSW Coaching and Talent Manager for country areas, could you describe the talent identification process?

We look for three major things – skilled players, athletic players and smart players. That’s what we look for but also what we teach. I look at someone like a Steve Smith, he is athletic but he wasn’t at this age group [Under 13s], and he’s obviously very intelligent in terms of his cricket now. I think he’s always been reasonably intelligent with his game but that intelligence has developed from his time as a junior cricketer. In terms of specifics, we’re looking for bowlers who bowl fast, spinners that spin the ball really hard and batters who can score runs against both those sort of bowlers. We also look for players with two skills, they either can bat and bowl, bat and field or bowl and field.

Q2 – How important are regional areas to the future of cricket in Australia?

Massive! Just like they always have been. Regional New South Wales is 40% of its population and therefore is around 10% of Australia’s population, so in theory we are 10% of Australia’s cricket team and should be at all times. We’ve got Josh Hazlewood doing really well and that’s really important towards Australian cricket that we have someone like him floating about. Regional cricket in NSW, I firmly believe, is vital towards the strength of New South Wales and Australian cricket.

Q3 – What was the most enjoyable aspect about playing cricket for NSW?

It sounds really silly but just the pride of playing for such a prestigious state, I think it’s probably easier to play for some other states because there is less competition, but to fight it out against the best and be able to put on the Baggy Blue cap and wear that with pride on the SCG… that’s probably the pinnacle.

Q4 – You were apart of the Australia A tour of India in 2008. How would you describe being apart of that set up?

Hot! Dubbo in January is hot but that was special – that was near forty degrees with high humidity. It was a whirlwind, I was just coming back from injury and played a couple of one-dayers, so it was fascinating seeing how Cricket Australia do things from a playing point of view and it was certainly really interesting playing against a different style of opposition. They were so talented against spin, they were such good bowlers of spin, so good on their home wickets but had deficiencies against the short ball and fast bowling so it was really interesting.

Q5 – Injuries unfortunately impacted upon your career. Do you feel that the workloads of modern players and recovery programs are managed better than during your time as a professional?

Absolutely. I look back on my career as a junior and must have had two or three sets of stress fractures as a young kid, because I just got really sore and then rested for a little while before constantly coming back. However, that doesn’t happen anymore, which is really good because hopefully with some of these kids coming through, we don’t break them and break them time and time again, which makes their backs stronger for it and become used to bowling more often so they can do that as an adult.

Q6 – You were unlucky to not play a game for Western Australia, but how would you describe working under coach Mickey Arthur?

I really liked him! I thought he was excellent because I like structure and I liked feedback as a player and he was really good at that and as such I was disappointed when he got picked to coach Australia and subsequently left Western Australia.

Q7 – What were the main differences between both states and their approach towards cricket?

Chalk and Cheese! Cricket NSW was incredibly professional and ruthless in the fact you had to be at your absolute best in order to play for New South Wales and to succeed. Whereas I felt with WA they had far more of a laid back culture but with that brought some player freedom. With that said, one was not better than the other, they were just different. 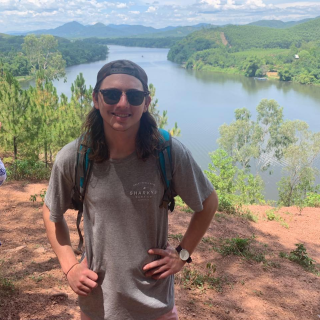 Better known as Rog by most. Non ball-tamperer.