We’re one round into the Shield, in a domestic summer where eyes are cast forward towards the Ashes. Instead, we at Mind the Windows have decided to hark back to the glory days of Australian domestic cricket.

The days of an ageing Brad Hodge, a rotating band of South Aussie spinners with Cullen in their name, and blokes randomly popping up for two games in New Zealand’s Georgie Pie Super Smash. The days of one-day cricket sponsored by power tools and four-wheel drives, Tasmania post-Kremerskothen, and a Big Bash played by the states.

The days of men like Travis Birt, who played over 300 professional games throughout the 2000s and early 2010s, who had a crack in the international fold, and summed up all that was great about domestic cricket. Dan McGrath had a quick chat with Birt about his time as a professional cricketer.

Q1 — The JLT Cup (or whichever name you remember it by) is a competition that has always held great memories for fans and young cricketers. Going back to your childhood, what’s your favourite memory of the competition?

Growing up, my favourite memory of the domestic One Day competition was watching the Australian players compete against one another, as well as the excellent uniforms – they were outstanding kits, with more flair than what is provided in the modern game.

Q2 — You made your debut in the ING Cup (as it was then branded) at home against a star-studded New South Wales side in 2003, where you lined up alongside Ricky Ponting and shared your debut innings with Michael Di Venuto. What was it like stepping into that environment, and how intimidating was it to show up for your first professional hit in a game against the Waugh twins and MacGill?

It was extremely nerve wracking, as most of the international players were available for the fixture, though fortunately Brett Lee wasn’t playing from memory! The fixture was on Channel 9, I faced Stuart MacGill, and had both Mark and Steve Waugh giving me a bit of lip. In the end I played my natural game for a few deliveries, hit a couple of boundaries…and got caught at mid on.

One memory from the game was that Michael Di Venuto skied a pull shot straight up in the air off Matthew Nicholson, and Brad Haddin called for the catch. The ball ended up landing halfway down the wicket while the two New South Welshmen were looking at each other, and Di Venuto ended up making 120-odd.

Q3 — You’re listed on Cricinfo as an occasional wicketkeeper, and have a professional stumping to your name. How much of a challenge did you find balancing bat and gloves when you stepped into that role, and how tough was it to occasionally fill the massive shoes of Tim Paine or Sean Clingeleffer?

Up until I was 15 or 16 I was a wicket keeper for my senior team in the country, Bundalaguah, but I ended up playing baseball for a couple of years and as a result enjoyed fielding more than keeping. I first took the gloves at the WACA in a one-day fixture under lights, when Sean had a little mishap in his pants and had to duck off quickly.

A couple of years later, I took the gloves on a more consistent basis for team balance reasons and really enjoyed it. Tim Coyle – an absolute wicket keeping genius – was excellent in getting me up to speed very quickly once the decision was made that I’d be taking the gloves. There were a couple of T20 fixtures, in the days before it became the Big Bash, where I didn’t touch the ball other than return throws from the boundary, so it wasn’t too difficult!

Q4 — You spent a couple of winters representing Derbyshire over in the County Championship – how did that come about, and how much did you have to adapt your game to succeed in very different circumstances and conditions?

My first year at Derbyshire I replaced Jacques Rudolph, who had picked up an injury quite close to the start of the season, so it all happened very quickly. Basically, a good mate and teammate, Michael Di Venuto was the overseas player there and suggested me. I loved the opportunity I was presented with, and it was my first opportunity to head overseas as a professional. The biggest aspect of my game I felt it improved was my play of spin – playing on constantly-worn wickets and, in some cases, dealing with footmarks on the first day was something that really challenged me.

As the overseas player I felt an expectation to deliver results, which I also enjoyed. I also happened to take two First Class wickets and five List A wickets, but you don’t have to mention that!

[Author’s Note: Wouldn’t dream of leaving them out.]

Q5 — In November 2004, you made 145 against South Australia – at the time the highest score in Tasmanian List A history. Ben Dunk may hold the mark these days but, looking back, how much of a highlight was that knock?

I’ve mentioned him already a couple of times, but Michael Di Venuto was supposed to play the game, but from memory was under an injury cloud – he’d hurt his back after he tripped over a washing basket. I was on standby, so I went to the game in the morning not knowing whether I was playing or not, which probably turned out for the best. I’d already played a handful of games and hadn’t really performed, but it was one of those days where everything seemed to hit the middle of the bat. Unfortunately, it was my only hundred for Tassie in one-day cricket, so I definitely wasted a lot of opportunities.

Q6 — There’s a video on YouTube of you belting Clint McKay out of the ground (and, for once, that isn’t an exaggeration). You made 20 off 1 legal ball, and it took you to the fastest BBL 50 in the process. How big a moment was that for you, and what’s your secret to hitting a cricket ball that hard?

I coach at Scotch College in Perth and I still get asked about that video on YouTube. It wasn’t so much of a big moment for me personally – it was what the team required at the time. We were chasing a large total and we knew there was some rain about, so we had to get off to a quick start. What people tend to forget is that I was dismissed off the next ball after I chopped one onto my stumps! 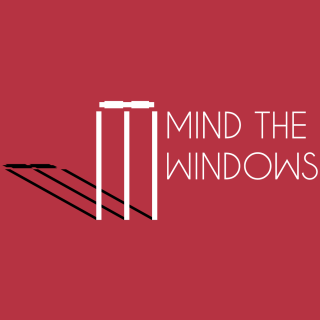